See our ad in the California Senior Guide

Alzheimer's disease is not natural to the aging process. However, the risk increases as you get older. A vast majority of people living with AD are 65 or over.  Although, 5% of people with AD have been diagnosed with early onset AD in their 40's or 50's. These individuals usually start developing symptoms in their 30's or 40's. 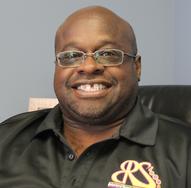 AD is a progressive disease where plaque is created from abnormal clusters of protein that accumulates between the nerve cells. The nerve cells begin to die and embody twisted strands of proteins called tangles. Also, the plaque blocks the synapses from signaling between cells.

​​Alzheimer's is not a normal part of aging 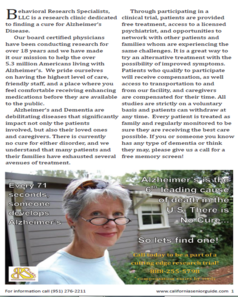 Listen as Dr.Carr speaks on the importance of early diagnosis. Call us for a free screening today! 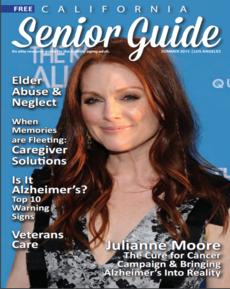